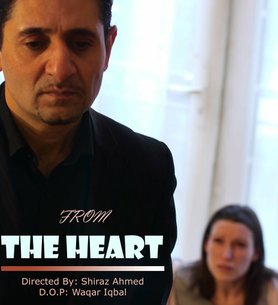 I am Cursed - Feature

The Story is set in a News office. Lisa is a frustrated News reporter waiting for her big break. Then Lisa's biggest story walks into the office in the form of Jay. He is incredibly introvert and mysterious.  Lisa befriends Jay and they share adventurous assignments together. Dan's jealousy takes over and Jay soon becomes a target. Mysterious killings start taking place within the office.Lisa investigates and makes a startling discovery about Jay, which leads her into Jay's deadly secret and the connection to his Supernatural truth is revealed.

I am Cursed is now available platforms such as Amazon Prime. It has been shown and appreciated at six international film festivals around the world.

Dr Amir Khan is a brilliant scientist who has conquered the world of science. He heads the Genetic department at the Eureka Institute of Research. He decides to push the very frontiers of science by challenging Nature itself!

He proposes the Next stage of Human Evolution by Altering Human Genes. A proposal not met with favour by his Institute who duly close the Project.

Undettered Dr Amir decides to go ahead with the project regardless.

But then nature strikes back and negative side effects begin to manifest themselves. Time is running out for Dr Amir as he struggles to reverse the effects.

Will he succeed? Can he save himself. Can nature be truly conquered or does nature always strike back?

Project Evolution is currently been shown and appreciated at international film festivals around the world and is now available platforms such as Amazon Prime..

Vijay comes over from India to study and stay with his Uncle a retired Major. Life is slow at first til he meets friends who will change his life forever. With the Major mentoring them they all soon start to find their feet but life is never simple...

From The Heart - Short

A seasoned assassin's conscience is awaken when a victim makes him delve into his past and makes him question his life. Challenging the forces that have been controlling his life, will he be able to fight those forces and free himself.

When circumstances bring two people together from opposing spectrum of morality, getting to the truth becomes something between a complicated chess game and a boxing match.

Veritas was premiered at the pretigious The Royal Academy of Dramatic Arts (RADA) in 2017.

Veritas had a very successful four day run in London in April 2018. 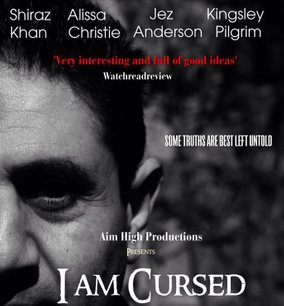 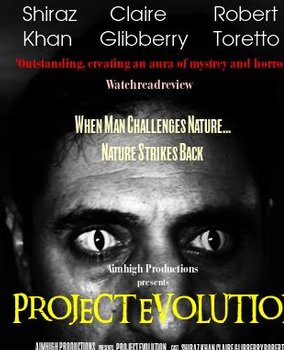 Some of our work

Our work speaks for itself from Features, Short FIlms to business promos. Here are some of our work we have carried out